Buddy Weston - Songwriter to the Stars

We were excited to be able to work with such an accomplished and well known favourite from the Australian Country Music scene.

We developed a bespoke system for Buddy Weston that enables his fans to keep up to date on his muisc and to order albums and tracks at thier leisure.

As part of the project we built a bespoke audio streaming system that allows users to hear previews on virtually every song Buddy has ever performed. We also developed an Audio Delivery Ecommerce system which allows people to order music in digital MP3 format or in the more traditional format of CD singles and albums delivered through the post.

Winner of the CMA Golden Guitar, Buddy Weston has had a country music career that has spanned decades, achieved numerous accolades, awards, and has penned hits for some of Australia’s greatest Stars of Country Music. He has released several albums, appeared in The Slim Dusty Movie, and continues to tour delivering an authentic Country Music Show.

As the songwriter of well-known Australian country music hits including, Footsteps Coming Home, Land He Calls His Own and Thistles on the Hillside, Buddy has also been honoured in the Australian Country Music Hands of Fame. 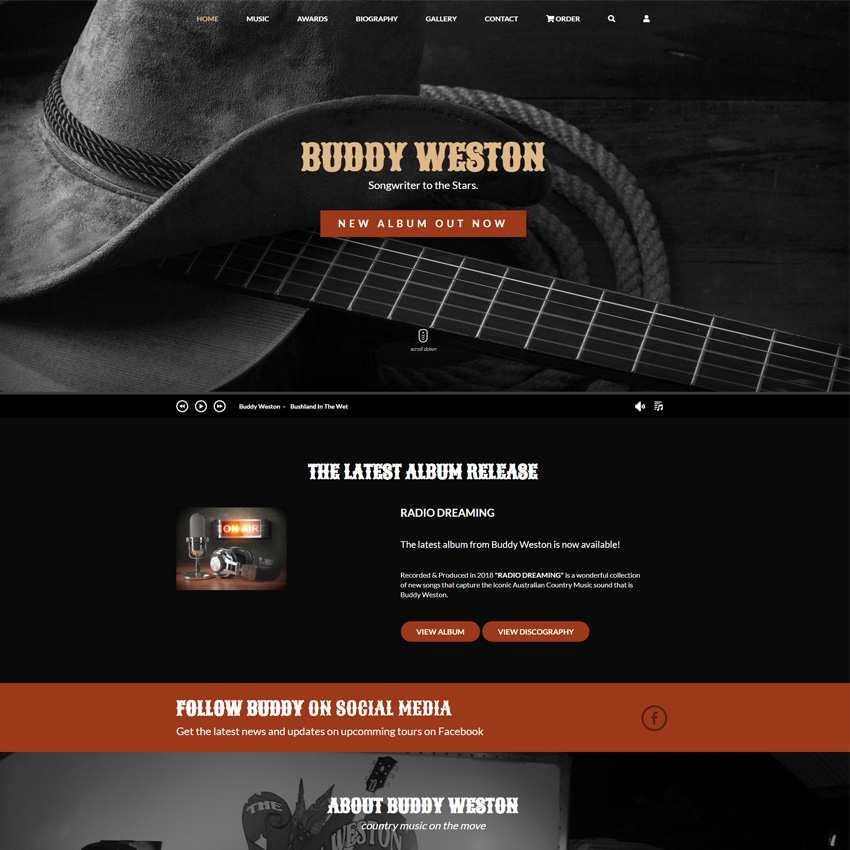 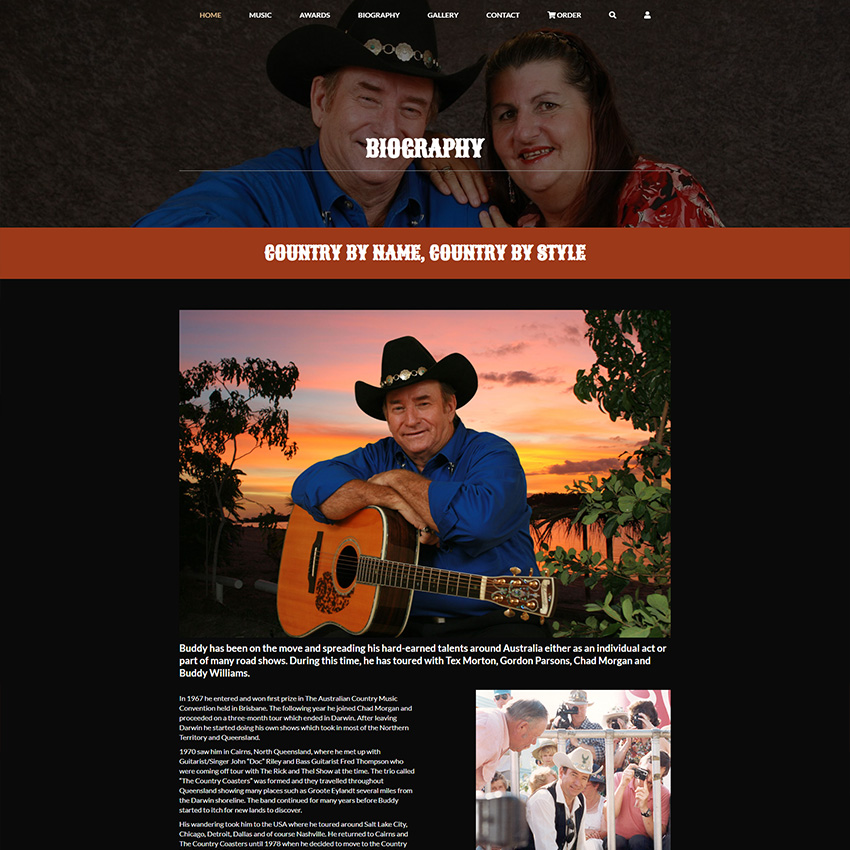 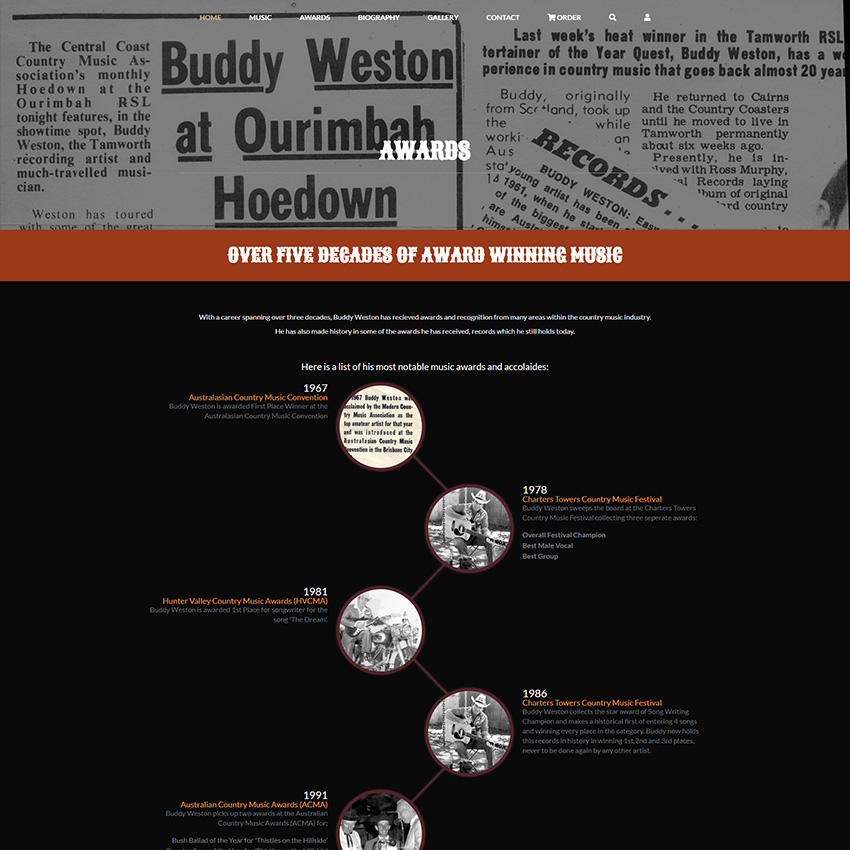 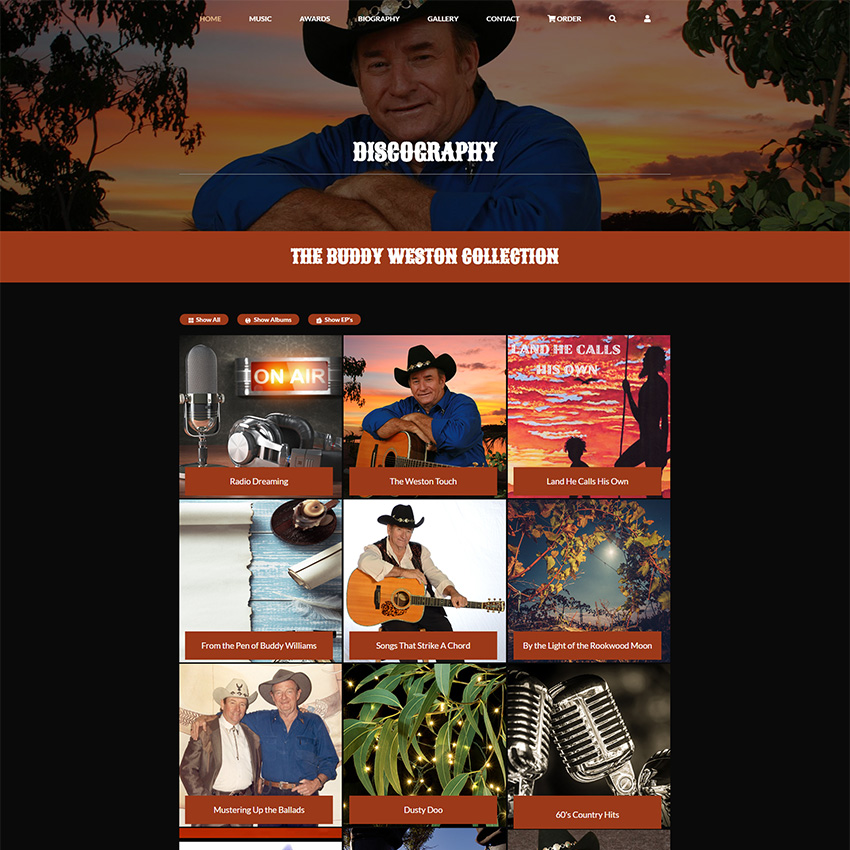 Previous Next
Previous Project
Next Project